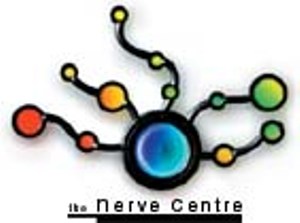 There are rapid developments afoot within innovative biblical studies in Aotearoa-New Zealand. Robert J. Myles, of new blog Jesus the Bum, has challenged the hitherto unsurpassed supremacy of Dunedin as the seat of radical biblical scholarship. Says Robert:

“I do feel bound to challenge any claim such as this that might work to silence the “Other” innovative biblical scholarship happening around the country.”

An allegation of hegemonic supremacy, too, it seems. But Robert goes further, suggesting that counter to our ‘About’ page, Roland Boer never described Dunedin as “the great nerve centre of innovative biblical studies in New Zealand”. The obvious, even disturbing, implication is that this was nothing but a Dunedin School fabrication!

“The Dunedin School has claimed on a number of occasions to be “the great nerve centre of innovative biblical studies in New Zealand,” I believe recapitulating a claim made in an earlier post by Roland Boer, perhaps in jest (mysteriously, of course, the original post can no longer be found).”

Moreover, he labelled such a claim “pretentious” – which could only be possibly true if somewhere in the country there existed a genuine contender to our title. But… as if.

Yet Dunedin is not taking the challenge from these Northern pretenders lying down! Indeed, taking up the Levitical concern with one’s “lyings down”, we will rise to the challenge, ever more vigilant and critical. Robert has awakened Dunedin from its slumbers. Watch out.